Every so often and often unexpectedly, special time is spent in a special place, and the sun shines.  Today was one of those occasions.  We had decided rather than traveling to explore habitats near Kielder that our time would be spent closer to home.  What a wise choice this turned out to be.  I will not name the locality, but local naturalists will I’m sure work it out for themselves. 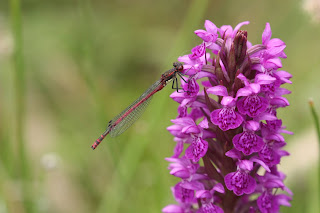 Large Red Damselfly on Northern Marsh Orchid
As we approached the lane leading to the rather unusual and almost hidden entrance a Common Buzzard flew overhead and Speckled Wood Butterflies flew from the hedge.  We entered via the gate come fence and found utopia, and were immediately surrounded by the song of Willow Warblers.  We had the area to ourselves for the next few hours apart from a family calling by to count the cygnets.  I completely forgot that there was a busy road nearby and I even cut out the sound of artillery fire which had initially made me feel as though we were entering an ongoing conflict. 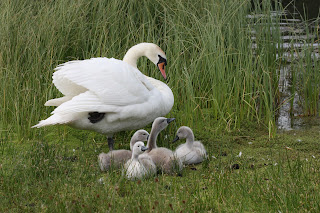 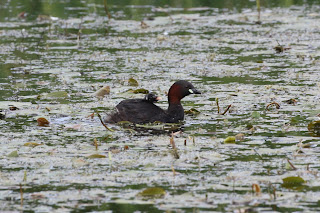 Little Grebe carrying young
The Mute Swan pen stood sentinel like over her brood, and the hissing threat aimed towards us made sure that we understood not to approach too closely.  I don’t like the use of the term cute to be used in respect of wildlife, but I suppose I could make an exception in this case.  The cob of the pair was energetically washing and preening in the centre of the pond.  I watched the brood climb from the water and settle on the grass.  They were not the only family of birds here.  A Little Grebe carried her young across the water of the larger of the two reed bordered ponds and a pair of Canada Geese guarded their one youngster.  We kept our distance so that none of these birds were in any way disturbed. 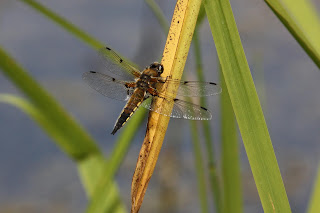 Four spotted Chaser Dragonfly
The odonata caught the eye as soon as we approached the larger pond and initially it was the large number of Four-spotted Chaser Dragonflies that caught the eye.  After a while we saw the continually active Emperor Dragonfly, male and female flying together at one point.  I was unable to catch an image in flight, but did eventually find a female ovipositing and managed a rather distant image, which I do think shows the size of wings to good effect.  As Sam said at the time, I’m pleased that these dragonflies are not two feet long.  It is believed that prehistoric Dragonflies had wingspans of well over two foot.  Damselflies were there in great number and included Azure, Common Blue, Blue-tailed and Large Red Damselflies. 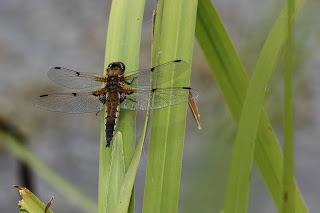 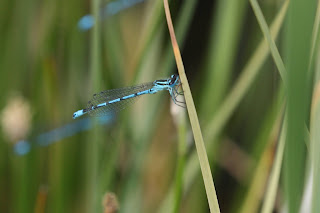 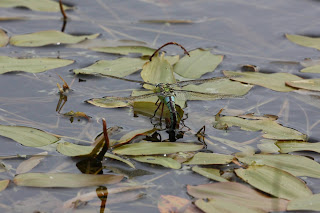 Emperor Dragonfly ovipositing.
Having seen the Speckled Wood Butterflies as we approached the area, other butterflies recorded were Common Blue, Small Tortoiseshell, Peacock, Red Admiral and Meadow Brown.  A Cinnamon Moth lifted as we approached. 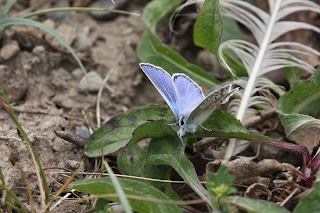 We found a Great Crested Newt, but sadly a dead one. 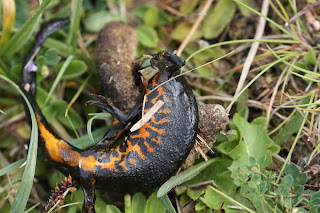 I tell you this newt isn't pissed, it is dead!

There was much botanical interest, but it was the orchids that stole the show.  I cannot ever remember seeing such an abundance of Northern Marsh Orchids in such a small area.  They far outnumbered the Common Spotted Orchids and there were many fine specimens.  No doubt amongst them were some hybrids. 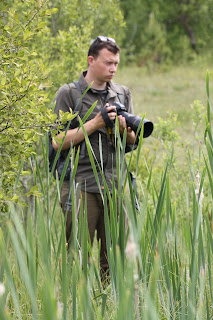 A naturalist at work
The stars of the days extraordinarily strong cast were the Bee Orchids.  I have certainly never seen Bee Orchids in such number.  Sam’s initial count of spikes was 17, later updated to 28.   I pondered over these exotic, and so finely adapted orchids and how the flowers have evolved to look like bees, and had similar thoughts as I had had when a few days earlier had considered the plate structure of the Fulmar’s bill.  By strange twist of fate, The Bee Orchid is rarely pollinated by Bees, as it simply relies upon slight breezes to blow the hanging pollinia onto the sticky stigma which leads to self-pollination.   One can understand why so many plant hunters who have travelled the world in search of rare orchids, have on occasion become completely obsessed by them.  Such interesting and often beautiful plants, the orchids form probably the largest flowering plant family. 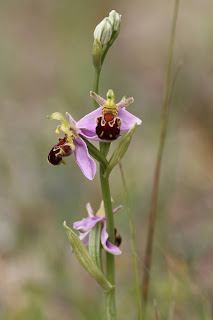 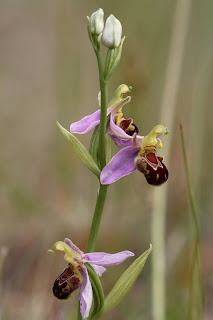 I left feeling, as I usually do, having been out in the field, that I am a half glass full man.  It is best to remain positive as to what wonderful habitat, flora and fauna can still be found close to home, this despite the attempts of those in power to allow building on every patch of green land available.  I have restricted myself to mentioning the orchids only on this occasion despite other interesting flora in the area. 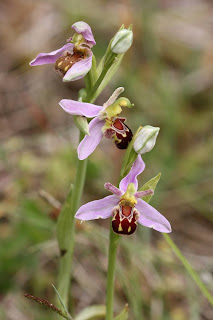 A quick visit to Arcot Pond provided the call of Lesser Whitethroat, but little else.  Having enjoyed visits to this area in years gone by, I was rather disappointed on this occasion. 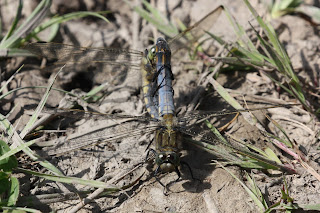 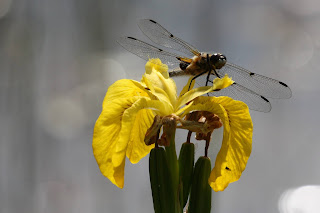 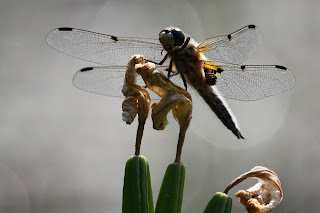 Four spotted Chaser Dragonfly
A few days later we spent a short time south of the river at Kibblesworth Ponds where again we found grassland and pools providing a good array of plants, insects and birdsong.  I have added a few more images by way of a bonus. 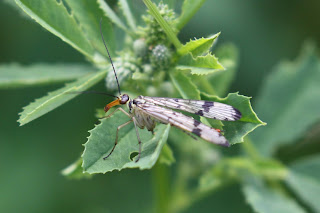 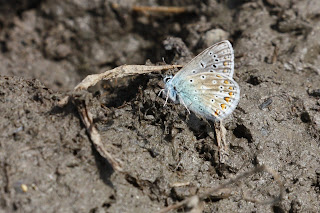 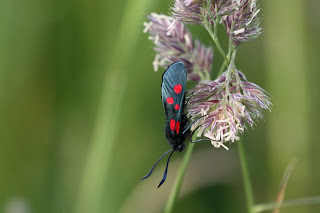 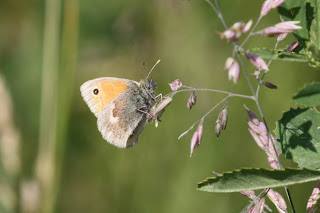