As we walked through the woodland ride which leads to the disused magnesian limestone quarry we were grateful of the shelter that the Ash, Sycamore and other surrounding trees and verdant herbage gave us from what now was a blazing hot sun in a clear blue sky.  At this point we didn’t realise that our next few hours in the quarry were to be spent in sweltering conditions on what was the hottest day of the year so far.  In this damp and humid atmosphere, we found interesting plants including our first Wild Strawberries of the day and Ringlet Butterflies, and we were able to photograph Grasshoppers as we listened to the tac of a Blackcap.  Giant sized fungi grew on a decaying tree stump in a more sheltered and dark area of the wood.  Germander Speedwell was abundant along the sides of the pathway. 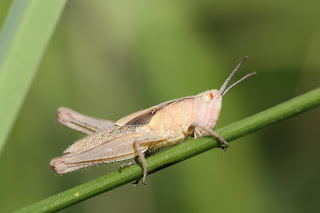 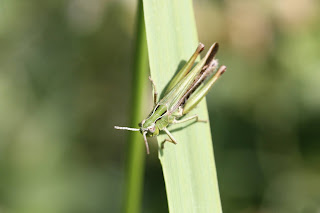 It wasn’t long before we entered the more open part of the quarry, it was like entering a furnace.  Not worked since 1934, this old quarry underlines just how well nature can flourish, when in the main, left to its own devices with just a little careful management by Durham Wildlife Trust.  It is certainly one of my favourite sites in Durham and I never tire of visiting.  It’s my belief that nature will carry on long after people has disappeared and that is a comforting belief to have.  It was immediately noticeable that Rock Rose, that the Northern Brown Argus Butterfly depends upon, was very much abundant.  Northern Brown Argus Butterflies where here in numbers, and although flighty in the heat of the sun it was possible to gain some decent images.  These butterflies are so moth like in flight they can be easily overlooked.  By now we were in our own little worlds, concentrating upon what was surrounding us and not feeling a need for the spoken word. 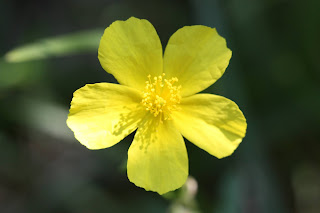 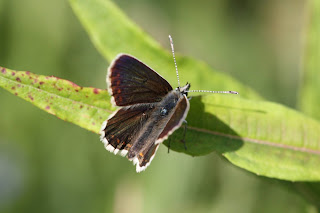 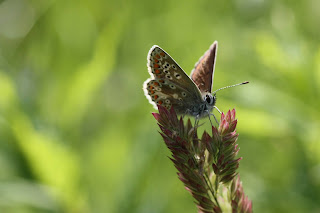 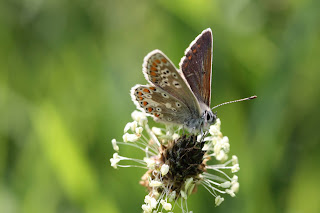 It is amazingly easy too, to overlook the Common Twayblade the first orchid along with Lady tresses to be recorded in Britain, noted by William Turner (born in Morpeth) in his Names of Herbs in 1548.  Perhaps because of their sheer number in the quarry it would have been difficult to overlook them today. Despite looking initially uninteresting they are worthy of closer inspection; the flower being shaped like a human figure.  The plant is pollinated by small insects which follow the nectar filled groove leading up the lip of the flower.  Very flighty Northern Brown Argus, Small Skippers, Common Blue, Small Heath and Meadow Brown Butterflies were around us during our inspection of the botanical interest. 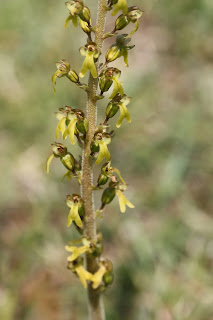 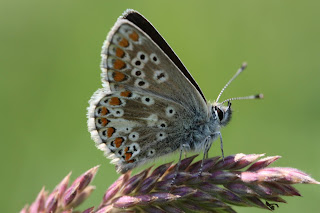 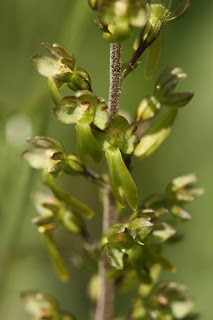 If Common Twayblade is easy to pass by, I can think of few people who would pass exotic Bee Orchids without showing some real interest, and we came across a few fine examples today. The flower has evolved wonderfully to look like bees even down to the hairy parts, the evolutionary irony is that at least in Britain the plants are self-pollinating.  In parts of Europe bees still aid pollination.  Common Spotted Orchids where everywhere and Sam found us a Pyramidal Orchid too. 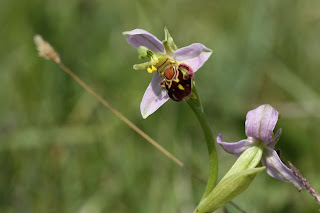 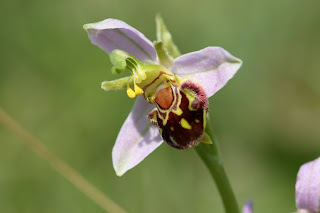 Bee Orchid.  The yellow pollinia clearly seen will be blown by a slight breeze and stick onto the stigma and pollination will take place. 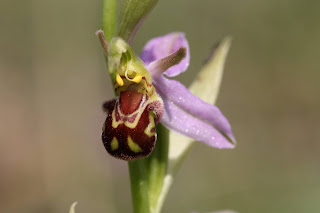 Bee Orchid.  One of the Pollinia appears to be stuck to the stigma.

Time passed us by very quickly and it was around 2:00pm when hot, dry and not a little hungry we decided to adjourn back to the car for lunch.  As I ate my sandwiches I looked at the wild Poppy at the side of the road which looked as if it had dropped to the wayside on Remembrance Day.  It was one Poppy of many seen today, although Poppy fields of years gone by are regrettably a true rarity these days.  Rested and cooled down a little we returned to the quarry.  Climbing the stone steps to the upper storey was demanding in the heat. 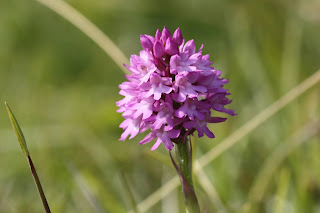 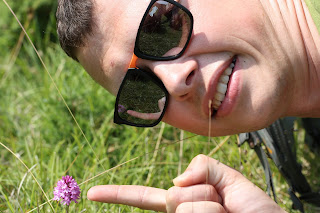 Sam is keen to let me know he found the Pyramidal Orchid.:-) 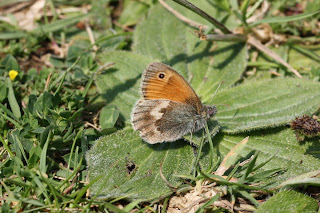 Until now we had left the wild strawberries alone, but we eventually gave way to temptation and tried one.  The tart luscious taste was fleeting but seldom have I enjoyed such a small item so much, the sun and surroundings adding pleasure to the experience.  That one small strawberry put Morrison's insipid berries to shame. 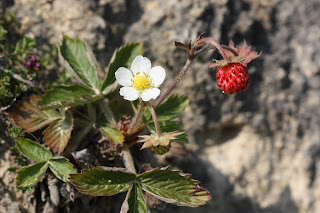 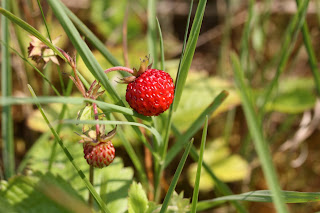 By now I had almost forgotten we were in Durham as the limestone area, grassland and floral interest suggested wilder areas of Europe, in the main such areas long gone in an overpopulated and over worked Britain.  We both decided that we don’t give enough attention to botany and on my part I forget some of the names of plants.  We decided that we must give more attention to the subject. 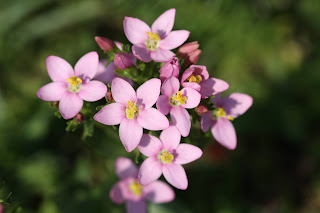 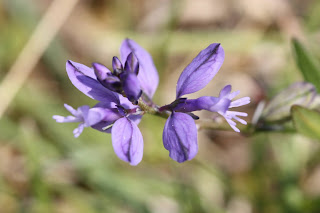 The quarry is perhaps best known for the large number of Dark Red Helleborines it supports.  This orchid is among my favourite of flowers, but sadly it will be a week or two before they bloom, although that gives us a reason to make a quick return visit, so there is always a positive side to these things.  We did eventually come across a newly opened flower of this orchid which gave an idea of how these plants will look when the many spikes hold their drooping bell like red wine-coloured flowers. 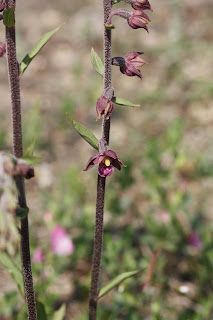 The only Dark Red Helleborine we found with a flower and still not at its best. 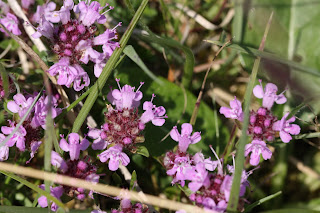 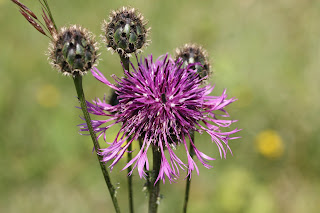 The afternoon passed as we examined plants and took the occasional rest.  I must have been over 30 degrees and the sun reflected from bare patches of limestone.  As our visit drew to a close, I added a lifer to my list in the form of a very faded Dingy Skipper Butterfly.  Large Skipper was also added to days list as was our one and only Small Tortoiseshell Butterfly which brought our list of butterflies to 10 species for the day.  It was a day when I had barely given a thought to birds although we did have a nice sighting of Yellowhammer and a fleeting one of Greater Spotted Woodpecker, later finding a worn feather of the latter species.   Even odonata had had a look in with a Broad Bodied Chaser  Dragonfly giving us the run around. We had the quarry to ourselves for most of the time only coming across the occasional visitor with whom we exchanged some pleasant chat. 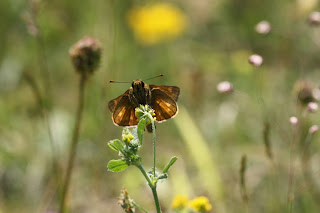 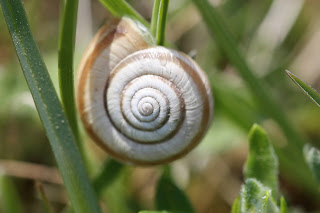 As we approached to wooded area again I felt the very slight touch of a cooling breeze, just for a couple of seconds, but it was so welcome as was the relative cooling shade given by the trees.   Red Admiral Butterflies seemed to enjoy this shade too.  Sam heard the call of Common Terns, probably flying to Castle Lake which we usually visit, but today it was right that our full attention was given to the quarry habitat, and we had been well rewarded.  Such was the silence of the day; I had quite forgotten that we were next door to a large working quarry and it wasn’t until we were almost back to the car that I heard to mechanical sounds. 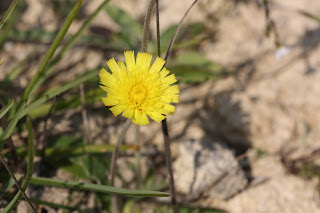 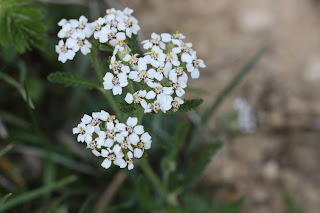 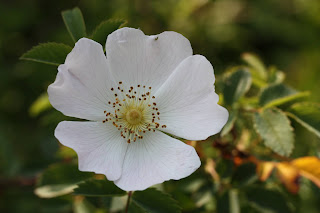 Sam found his car covered in a coating of pollen as we decided to make off for home, leaving any further exploration of the area until a later date.  We were cream crackered.  I arrived home, had a beer and lay down for ten minutes, which extended to forty minutes, and if I hadn’t needed to eat it would have been longer!.  Best day I’ve had in a long time. 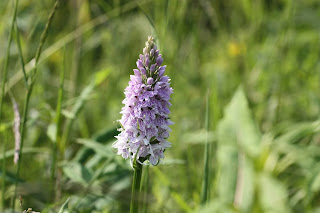