26th April.  After weather conditions had forced two cancellations of planned trips to Kielder we decided that timing suggested a third attempt would be more appropriately focussed upon the Northern Pennines.  It proved to be a good choice, and so Sam and I were up long before the larks this morning and off at 4:00am with Martin Kitching of Northern Experience Wildlife Tours.  After last years successful trip we left in darkness, but with high expectations.  From Bass Rock to Black Grouse within seven days.  Isn’t life wonderful? 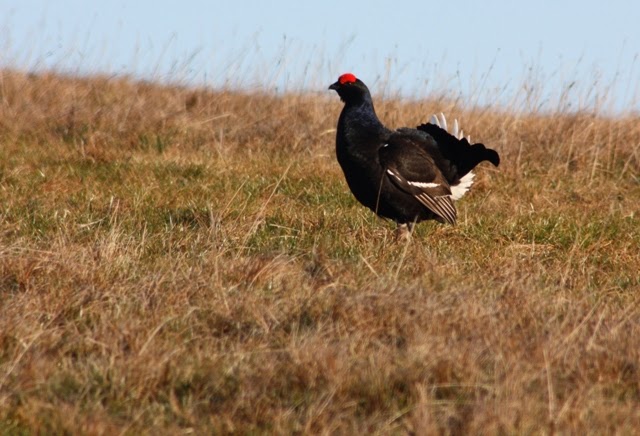 Black Grouse
Roe Deer, Woodcock and a low flying Sparrowhawk were seen as we approached the Black Grouse lekking site.  We were soon counting Black Grouse strutting their stuff under clear skies as the sun gradually rose from behind the fell opposite us and eventually cast sharp light on the numerous Black Grouse.  As we listened to the sounds of the surrounding area, including calling Curlew and Common Snipe we counted twenty-nine black cock plus numerous black hens as they came and went from the site. I can think of few better ways to begin a days birding than watching Black Grouse and listening to the constant bubbling calls.  One apparent young male black cock was especially noticeable as it received the attention of fellow male birds and was constantly chased off around the site.  Sparring black cock kept us entertained as the early morning moved on and of course it is fascinating to watch.  Time passed quickly and we eventually moved on with most of the birds still active at the site.  It wasn’t to be our last sighting of Black Grouse however as throughout the day we came across single and small groups of these birds as we toured the area. 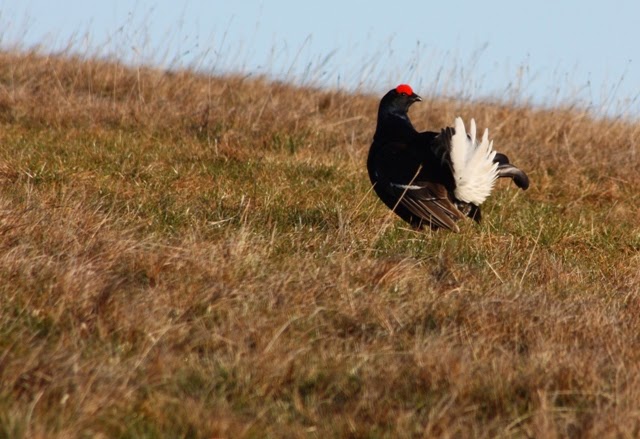 Black Grouse
Red Grouse and a significant number of Grey Partridges were not to be out done by Black Grouse, and we had some excellent sightings of both species throughout the day.  The light never deteriorated at all through out  and as well as watching the typical upland species we were able to fully appreciate the sounds, the ever changing patterns of light on the hills, the often tumbling down vacated homes and farmstead and the industrial archaeological heritage of the area.  All this whilst travelling along such sparsely used roads which often held more cyclists than motor vehicles.  The mere thought of cycling up some of those hills had me worn out as I lay back into the seat! 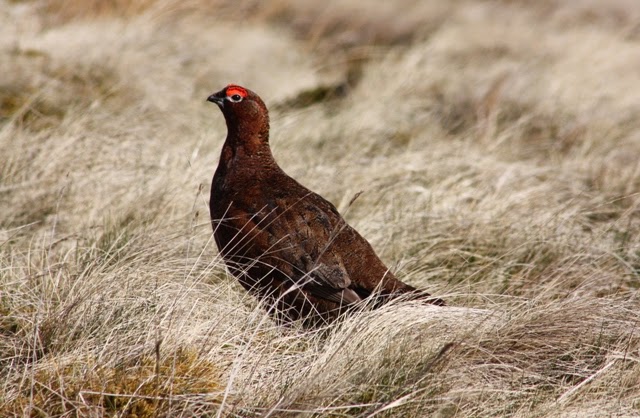 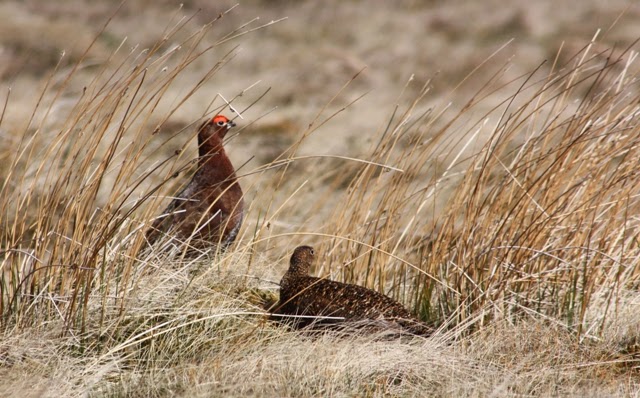 Red Grouse
When I stepped out of our transport for the day as we searched for Ring Ouzel (never to be found but not for the want of trying) I realised just how bitingly cold it was, although I was rewarded with close up sightings of calling Golden Plover, also to be seen later.  Other good sightings of waders today included Oystercatcher, Lapwing, Redshank, Curlew and especially Common Snipe, as well as that Woodcock seen early on in the morning.  Once back inside the vehicle it took me sometime to shake of the chill, although as the day moved on the sun through the glass made it look and feel like mid-summer.  It was still a shock to the system getting out into the cold air even during early afternoon. 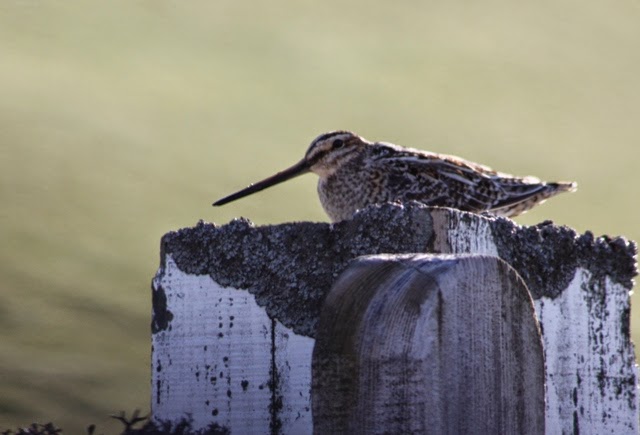 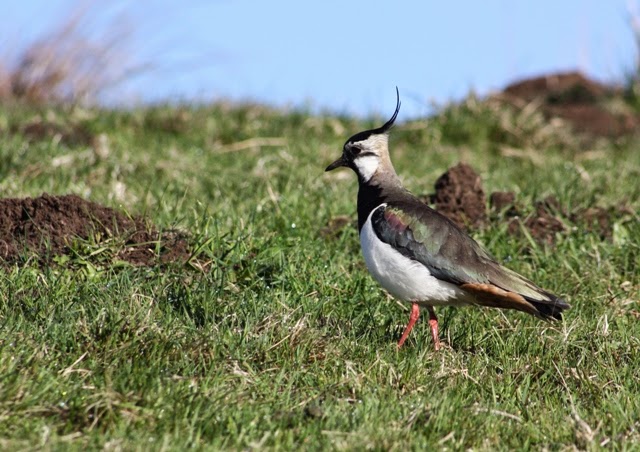 Lapwing
At one point I become so used to seeing Curlews that I watched a bird in flight approaching us and assumed it was yet another, then Sam called out Short-eared Owl as it provided one of the sightings of the day as it dropped to the ground before taking to flight again.  We also found Common Buzzards in an area not renowned for its raptor species!  Kestrels were also seen throughout the day.  Our chat throughout the day included some discussion on the merits of gull appreciation, or lack of, and we came across a couple of rather elegant Lesser-black Backed Gulls which we agreed were a fine species even to us none gull enthusiasts. 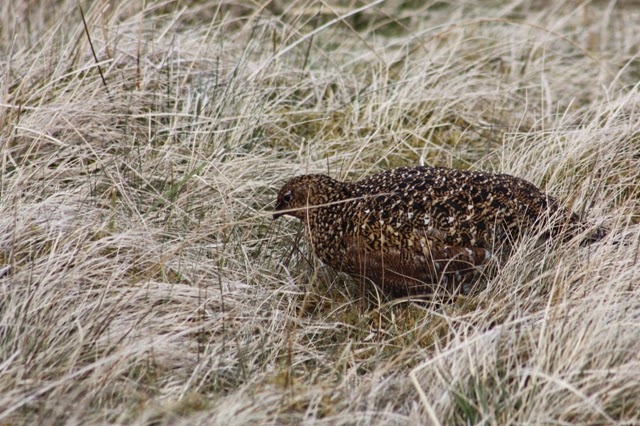 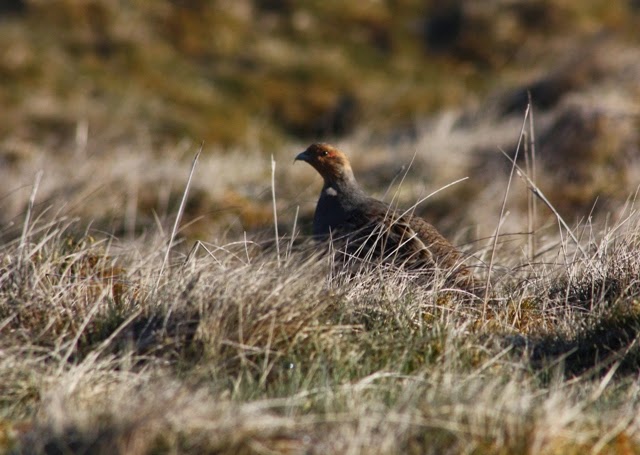 
Birds heard but not seen today included Willow Warbler, Common Sandpiper and Grey Wagtails.  We did have a good sighting of my favourite species, Dipper.  Wheatears (another favourite species of mine) were showing well throughout the day and we had an excellent sighting of Whinchat.  Swallow, Sand Martin, Skylark, Meadow Pipit, Song Thrush, Mistle Thrush and Blackbird all showed well along the way. 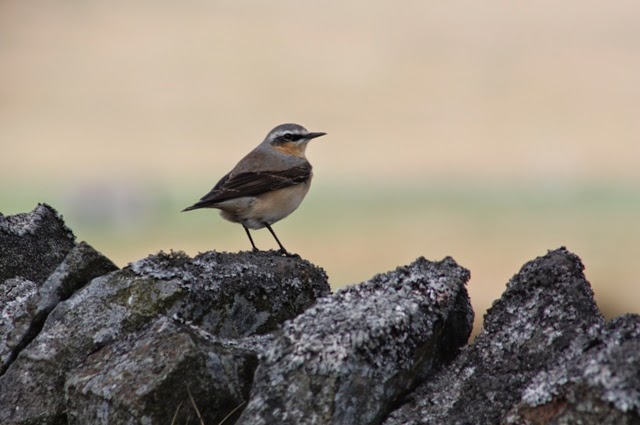 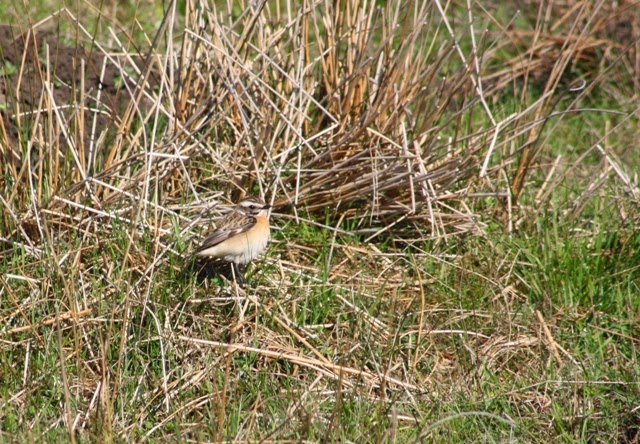 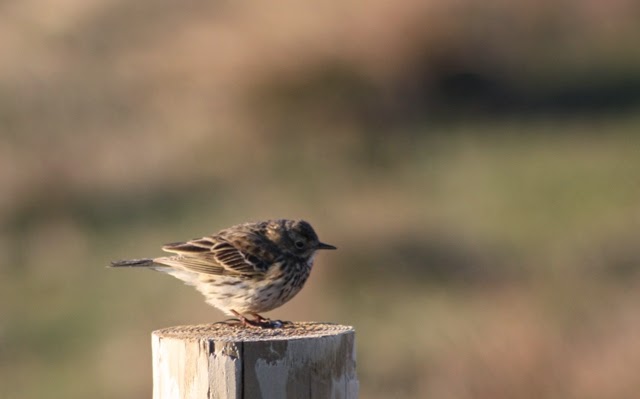 Meadow Pipit
Brown Hares were seen and Martin reminded us that the numbers of Rabbits owes much t the efficiency of the areas predator control.

The day had been so productive and exciting, and I don’t mind admitting that birding in the uplands excites me, that it was easy to forget how many hours we had been on the go as we headed for home noting the rain storms that could be seen in the north.  A light hail shower had hit us as we prepared to leave.  Sam and I recalled how we watched Redstart in the snow in May near to High Force a year or two ago, another bitterly cold day.  My eyes were certainly beginning to feel heavy and I fell asleep for an hour shortly after arriving back.  It had been a great trip in great company.  Many thanks go to Martin.  It wasn’t our first trip with Northern Experience Wildlife Tours and it won’t be our last, in fact Sam and I are looking forward to joining one of the cetacean trips in July.  Day list of bird species came to a round fifty, a very good number for a day in the uplands, but in any event it was the quality of the day and birds and not the quantity that mattered.  Without a doubt it’s going to be one of my days of 2015!  Does the |Northeast offer anything better than watching a Black Grouse lekking site?  I’m not sure that it does.
Posted by Killy Birder at 08:11