Before heading down to the lake with my first foot Sam, I watched a garden which has been quiet for some time.  First three birds seen were Blue Tit, Blackbird and Song Thrush.  The female Blackbird appears to think that the garden is her territory by right and behaves extremely aggressively towards any other bird, especially the Song Thrush. 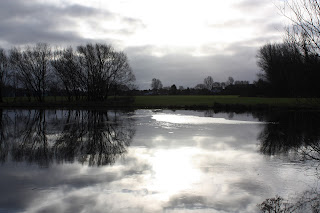 We found the lake largely ice free, however I think numbers of birds had left, the lake having been frozen in recent days.  The sun was still quite low in the sky and the thawing smaller lake was a sun glade in places, and the numerous gulls formed a nice picture on the thinning ice.  To the west and far end of the larger lake a bright rainbow also painted a colourful picture in the dimmer light.  I could not help but think of the numerous rainbow pictures I have seen in people’s windows in the last months.  The larger lake held its usual birds, but fewer of them, only one male Pochard and one female Goosander.  The Goosander and male Goldeneye were lit by the sun and the latter bird especially, looked stunning with golden eyes and plumage showing so well, and was to remain my bird sighting of the day. 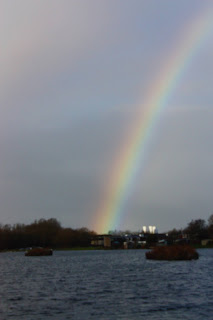 After walking to the far end of the large lake we doubled back and walked through the small woodland area where we found the likes of Redwings, Long Tailed Tit, Blue Tit, Great Tit, Bullfinch and Goldfinch.  We chatted to a local birder who was certain that he had seen a Woodcock fly off on his approach.  I must say the area looked ideal for that species.  Passing the small lake again we sighted Grey Heron.

Later the church grounds gave us nice sightings of Treecreeper and Great Spotted Woodpecker and it was good to hear drumming on the first day of the year.  We began more closely to study the trees more closely from here on.  As far as I am concerned 2021 is to be the year of the tree, the year that I get to grips with a wider knowledge of tree species.  I think many Killingworth folk would be surprised at how many species of tree there are in the area.  Sadly, there are many who would not be interested. 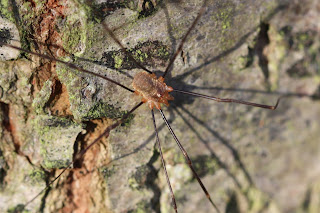 We wandered around the area at the back of the village and had a long chat to a couple about various places of interest that we had all visited or would like to visit.  By now, despite a small shower the air felt much milder than of late.  There were more Bullfinches here along with Chaffinch, Greenfinch, tits and the ever-present numbers of Magpies.  Despite numbers of Carrion Crow and Jackdaw we found very few Rooks today.  Unfortunately, the once thriving rookery in the village is far smaller now.  When I first moved to the area I used to watch this rookery with interest, but that seems such a long time ago now.  Nuthatch was heard and seen briefly and we took some time looking at the lichens growing on the trees. 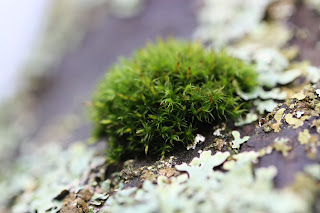 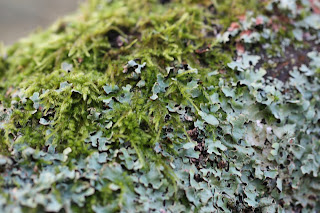 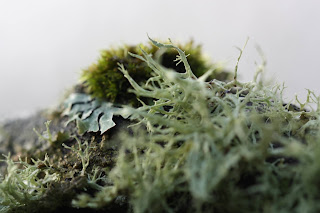 We ended our walk in the small parkland, once part of the demolished Killingworth Hall.  The birding highlight here were the Siskins.   More of our time was spent examining the trees and chatting to passers-by about them.  There are some notable Northumbrian trees here not least being the old Beech Tree, the old hollow Sycamore and the Horse Chestnut Tree with its sticky buds.  Why are they sticky I am wondering?  Everything is for a purpose and I am guessing this stickiness has evolved as some kind of protection.  Whatever, I have decided I like sticky buds.  As Sam says, this time of year is a difficult time begin to learn about trees, but I like a challenge and with Sam’s help I hope to make advances.  Botany in general is to be a focus this year.  I am far less inclined these days to be focussed solely on birding as there is so much more to take note of and investigate.  I have never been a twitcher and this past year have not even kept my usual annual list, but continue to find reward from my general interest in the natural world and related history. 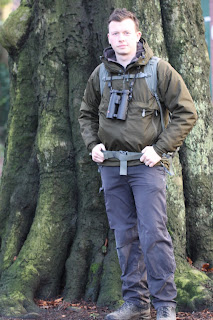 Sam and the old Beech Tree 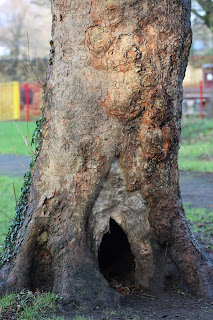 We said our goodbyes at the park and made for home after a very enjoyable four hours.  I thought about the history of this area and how much it has changed.  How many pitmen, farmers and other labourers have in the past taken the same route as I was taking along what is a pathway with a long history.  What was a nature trail when I first moved here has now been largely destroyed by the insistence of residents to remove hedging and even trees, often outside of there land, and replace these with the likes of ugly wooden fences.  Is there some hope that humankind will ever learn to live with the nature surrounding us rather than attempting to rule it and destroy it?  I do not want to be pessimistic at the beginning of a new year, so I would like to think that one day nature will be appreciated by all.  Happy New Year and may, 2021 be an improvement on the year that has just passed.